Since launching as an unregistered securities investment opportunity, Mining City is now offering returns in bitcoin and bitcoin vault.

The compensation plan has also been updated, prompting readers to request a review update.

Nothing much seems to have changed on the corporate front. Mining City is still run by CEO Gregory Rogowski (aka Grzegorz Rogowski, Greg Strong).

In our 2019 review we noted Mining failed to provide a corporate address on its website. Nor is location information provided on any of Mining City’s social media accounts.

This is still the case.

Rogowski’s LinkedIn profile cites his location as Warsaw, Poland. This is the assumed location Mining City is being operated from.

Mining City has no retailable products or services, with affiliates only able to market Mining City affiliate membership itself.

Mining City affiliates invest funds on the promise of a ROI paid over 1100 days.

Note that while the above amounts are USD, Mining City solicits investment in bitcoin (BTC) and bitcoin vault (BTCV).

All commissions and bonuses detailed below are paid in BTC and/or BTCV.

There are eight affiliate ranks within Mining City’s compensation plan.

Along with their respective qualification criteria, they are as follows:

Up to 50% of required downline investment volume is counted from any one unilevel team leg.

“Active investment” refers to invested funds that are still paying a ROI as per Mining City’s offered 1100 day contracts.

A binary compensation structure places an affiliate at the top of a binary team, split into two sides (left and right):

Subsequent levels of the binary team are generated as required, with each new level housing twice as many positions as the previous level.

Positions in the binary team are filled via direct and indirect recruitment of affiliates. Note there is no limit to how deep a binary team can grow.

At the end of each day Mining City tallies up new investment volume on both sides of the binary team.

Investment volume tracked via points (BV), based on how much recruited affiliates placed into the binary team invest:

At the end of each day Mining City tallies up new investment volume on both sides of the binary team.

For every 5 BV matched on both sides of the binary team, a cycle is generated.

Note that once the above caps are reached, BV ceased being counted across an affiliate’s binary team for that day.

If commissions earned are less than the above caps, leftover volume on the stronger binary team side is carried over.

A unilevel compensation structure places an affiliate at the top of a unilevel team, with every personally recruited affiliate placed directly under them (level 1):

If any level 1 affiliates recruit new affiliates, they are placed on level 2 of the original affiliate’s unilevel team.

If any level 2 affiliates recruit new affiliates, they are placed on level 3 and so on and so forth down a theoretical infinite number of levels.

Commissions are paid on investment across the unilevel team. Specific residual commission percentages are determined by binary team placement.

Just to clarify, unilevel residual commissions are paid out through a unilevel team, however residual unilevel commission rates are tied to where these affiliates are in the binary team.

Again, this doesn’t mean residual unilevel commissions are paid on all affiliates within these levels.

Residual unilevel team commissions are paid only on affiliates who are placed in the binary team (see above), who also fall within these unilevel team levels.

The Matching Bonus is capped at eleven unilevel team levels.

The Matching Bonus is paid out on residual binary commissions earned by downline affiliates across these eleven levels based on rank:

As with residual unilevel team commissions, reinvestment commissions are capped depth wise based on rank:

Note that whether reinvestment is made in BTC or BTCV matters.

Mining City affiliates only receive reinvestment commissions if they’ve invested in the cryptocurrency being reinvested.

The Generation Bonus is paid as a percentage of reinvestment commissions earned by downline affiliates.

Generations are tracked through the unilevel team.

This affiliate caps off the first generation for that leg, with the second beginning immediately after.

If a second same or higher ranked affiliate exists deeper in that leg, they cap off the second generation. The third generation begins after them.

If no such affiliate exists, the second generation runs the full depth of the leg.

Mining City affiliate membership is tied to a $300 to $12,600 initial investment:

The long and the short of it though, is that Mining City is still committing securities fraud.

Mining City affiliates dump BTC and/or BTCV into the scheme and, as per advertised contracts, collect a passive ROI over 1100 days.

This requires said companies to file audited financial reports, proving they are doing what they claim to be doing.

In the case of Mining City’s securities offering, that is paying returns 100% of of cryptocurrency derived from mining operations.

Mining City has not registered with financial regulators in any jurisdiction it solicits investment in.

The company therefore operates illegally the world over. On top of that, Mining City is also operating as a pyramid scheme.

Everyone in Mining City is an affiliate. The company has no retail offering and MLM + insignificant or no retail revenue = a pyramid scheme.

As for bitcoin vault, it was created in December 2019 by MineBest. MineBest is the same company Mining City claims to purchase mining hash power from.

For their part, Mining City stresses there is no common ownership between the two companies.

Mining City is not associated with Hexa or MineBest at any level of proprietorship. It is separate in ownership and operation.

It is, however a client of MineBest in the scope of equipment hosting and mining maintenance.

We cannot be said to be connected anyway beyond the binding client – contractor agreement.

Whether that’s baloney or not is irrelevant to the fact Mining City is committing securities fraud.

For the record though, it is baloney.

According to his LinkedIn profile, Grzegorz Rogowski worked as Vice President of Marketing for MineBest from August to October 2018.

One month later he launched Prophetek and presumably set about putting together Mining City.

MineBest is run by owner and CEO Eyal Avramovich (right).

MineBest’s website domain was for sale up until a few months ago. It was purchased by Avramovich on or around April 2019.

Irrespective of whatever shell company nonsense they might have going on;

MineBest == Mining City.
The company is owned and operated by Eyal Avramovich (right) out of Poland.

Rogowski worked for Avramovich before being promoted to the face of Mining City. He’s basically a puppet but to what degree is unknown.

To conclude; As their bitcoin mining Ponzi was collapsing in late 2019, Mining City came up with BTCV.

BTCV is a shitcoin MineBest can generate on demand at little to no cost, allowing them to continue to pay Mining City returns.

And while Mining City recruitment is up that strategy is working. BTCV has a current public value of $345.41.

But while that might sound impressive, remember BTCV has literally no value outside of Mining City.

In that sense BTCV is reminiscent of BitConnect’s BCC – which during the notorious Ponzi’s peak was publicly trading at over $400.

History tells us there’s only one reason MLM companies commit securities fraud; because they are running a Ponzi scheme.

That brings us to the mining component of Mining City, which is essentially a clone of BitClub Network’s ruse.

In fact other than successfully launching their own shitcoin (BitClub Network’s ClubCoin flopped), there’s no material difference between BitClub Network and Mining City.

And the similarities might go deeper than you think.

I’m going to refrain from jumping down that rabbit hole, and instead stick to what is verifiable given what is known.

Mining City is committing securities fraud. The company operates as a pyramid scheme and is likely, to some degree, recycling investing funds to pay advertised 1100 day returns.

As with BitClub Network, or any MLM Ponzi for that matter, Mining City will collapse when affiliate recruitment stalls.

Mining City’s initial model lasted less than a year. BTCV has seen the company able to solicit a lot more investment, so how long this will play out for is anyone’s guess.

One thing I can tell you is that whereas BitClub Network was run by US scammers, Mining City is run by European scammers.

Europe has a terrible track record for regulation of MLM Ponzi schemes.

As I write this, Alexa estimates suggest Japan (41%), South Korea (8%) and Vietnam (7%) are the top sources of traffic to Mining City’s website.

It is extremely unlikely Polish authorities are going to do anything about a Ponzi scheme primarily pillaging Asia.

If Mining City were to collapse tomorrow, financial losses would be high.

The bigger Mining City gets, the more devastating those losses are going to be.

Subscribe to receive daily updates of the latest articles delivered straight to your inbox. 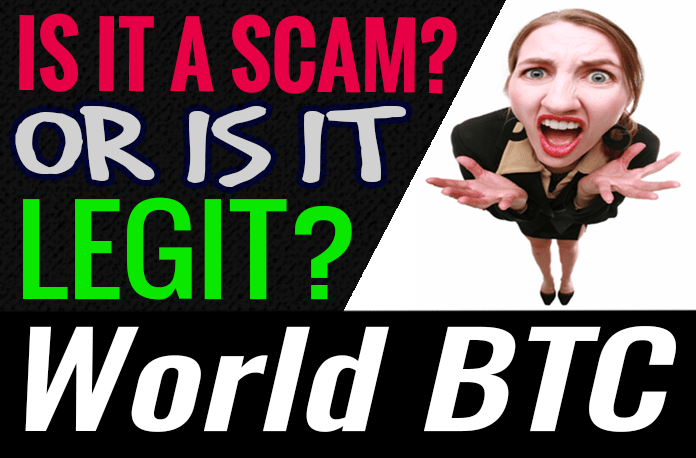 Sign up to update with our latest news and products.

Your email is safe with us. We won't spam.